…and you know what that means.

Our windshields and grilles will soon be covered with the splattered remains of those little black-and-orange insects. Sometimes, there’s so many of them that it looks like you’re driving through black smoke or it sounds like it’s raining on your car.

Not Familiar with Them? You will be…

Our neighbors who come from up north always seem surprised at just how many of these bugs our cars can accumulate after driving for about a half hour. They may have visited during the typical “snow bird” season and aren’t familiar with the following “love bug” season.

There’s a myth floating around that they’re a genetic experiment to cause mosquitoes to become sterile that backfired and escaped from the University of Florida, but none of that is true. They’re simply a Central-American species of march fly that migrated to Florida and they thrive in our tropical climate on the gulf coast.

Ecologically speaking, they’re a very important bug since they’re responsible for pollinating flowers while their dense populations also serve as food for many birds and other predatory insects, like dragonflies. In short, keeping love bug populations high helps to keep other plant and animal populations high.

The problem is that when you have EVEN ONE of these little pests splattered on the hood or bumper of your car, the acidic fluids from their guts will eat through your car’s paint—especially when left out in the sun. After about a week, the acidic fluids will have caused the most damage to your car’s exterior. Keep in mind that cars don’t heal like you and I do. You can’t wash them off after a week and expect the paint job to magically get better.

So, What Should You Do?

The best thing that you can do to protect your vehicle is to prevent the damage in the first place.

How do you do that? By applying a heavy coat of car wax to the front of your vehicle. Some would recommend applying the wax about once every couple of weeks. This will create a sacrificial barrier over the top coat of your paint which will take the brunt of the damage before it gets to your top clear coat, which the acids will eat through to your paint layer.

To prevent paint damage as much as possible, be sure to keep a good coat of wax on your vehicle and wash the bodies off at every opportunity. The longer they’re on, the harder they are to wash off and the more damage they will do. Again, after about a week, the damage has been done.

If the bug acid has already done some damage, you will HAVE to paint; there’s simply no way around it. Don’t waste your money on paint repair kits. They will help, but they will not give perfect results. As a matter of fact, paint repair kits—like touch-up paints—won’t come anywhere close to looking good. It’s better to protect your paint than repair it. 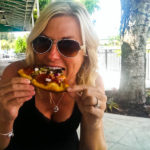 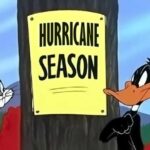 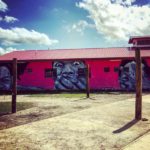 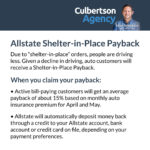 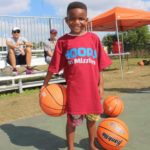 The Culbertson Agency Gave $1,000 to Hoops on Mission 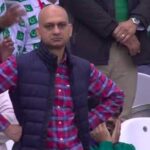 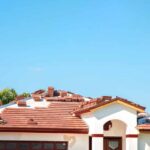 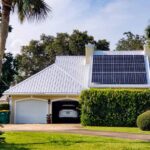 Should I Get Solar Panels? Are solar panels worth it?